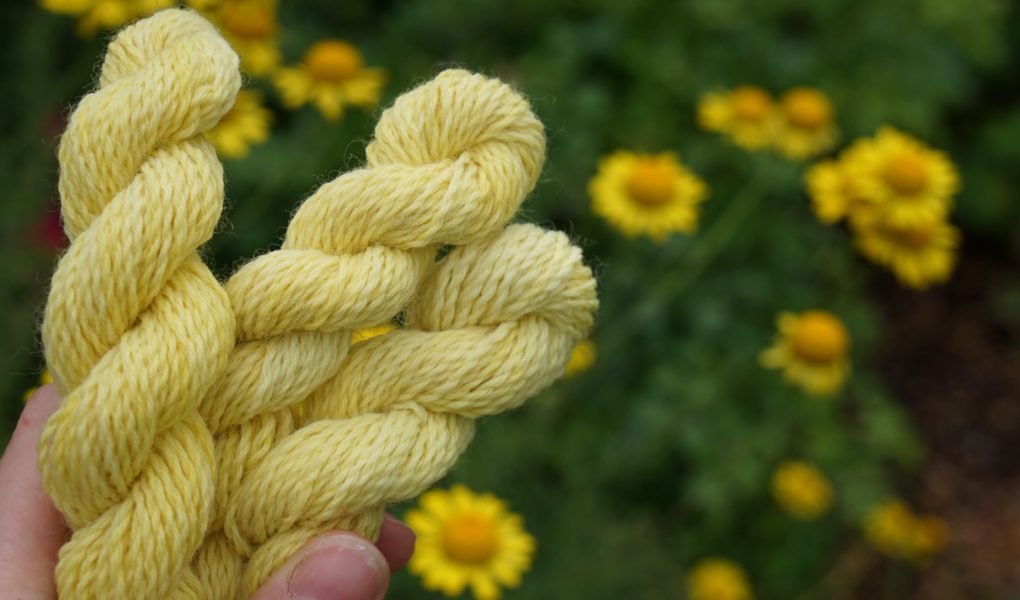 In this blogpost I will show you one way of how to dye with dyer’s chamomile. For this experiment, I opted for the solar dyeing method. Instead of the regular dyeing process where you heat the dyestuff in a pot of water, solar dyeing utilizes the power of the sun to slowly and gently dye fiber. As you can imagine, this method is best used in the warmer months of the year when the days are long and the sunrays are strong.

If you have never done any solar dyeing before, I recommend that you have a look at this blogpost first. It contains a step-by-step tutorial and everything you need to know to give solar dyeing a try.

Dyer’s chamomile is also known as cota tinctoria, golden marguerite, yellow chamomile, oxeye chamomile, Boston daisy or Paris daisy. It is a perennial and belongs to the sunflower family. Dyer’s chamomile consists of yellow flower heads and feathery, light green foliage. It blooms in summer and grows to about 60 cm (24 inches) high.

I used equal amounts of yarn and flower heads. The setup was exactly the same that I described in my general solar dyeing blogpost. I let the jar sit in a full sun location for one week. Then I took the skeins out of the jar, washed them and hung them to dry.

As you can see in the pictures, dyer’s chamomile turned the yarn into a vibrant, warm yellow color. It is similar to goldenrod, but the hue is a bit warmer.

What I really like about solar dyeing is the fact that the skeins have some color variation throughout. The parts that were directly in contact with the flowers have a slightly deeper color.
Overall, I am very happy with how the experiment turned and will definitely use dyer’s chamomile again in the future.

According to the literature, you cannot only use the flower heads but also the stems and foliage for natural dyeing. Definitely something I will have to try out soon.

Have you used dyer’s chamomile for natural dyeing purposes before? What are your experiences? Come share in the comments!

Pin It For Later: How To Dye With Dyer’s Chamomile 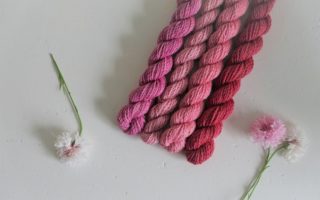 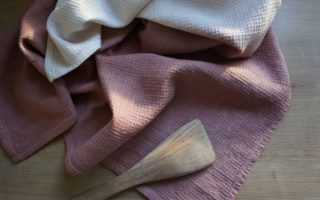 How To Dye Fabric With Natural Dyes 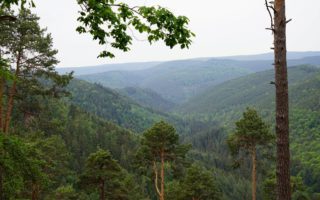 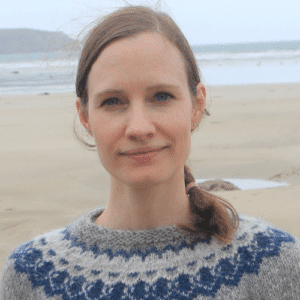 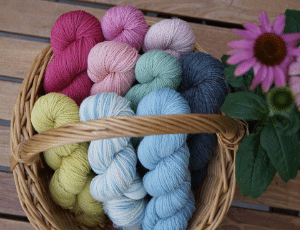